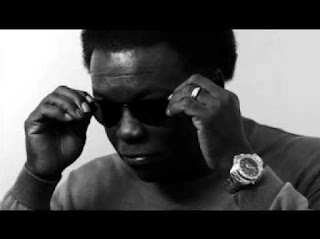 It’s called “soul” music for a reason. It’s not the vague, interchangeable artist driven monotony that R&B has become; universally enjoyed by sexually active adolescents and people who don’t age well. Soul music has heart. It has meaning. And above all, it is expressive, to say the least.

Elmer "Lee" Fields was born in 1951 in Wilson, North Carolina. As a child, some people took to calling him "Little JB" for his physical and vocal resemblance to the Godfather of soul James Brown. During his 43-year career he has toured with soul and R&B music legends such as Kool and the Gang, Hip Huggers and Little Royal. His first single bewildered was recorded in 1969, followed up by You’re my weakness featuring the band “Spontaneous Generation”. Most recently, he is recording with a new band, “The Expressions”. Their breakthrough album and single Faithful Man was released in 2012

"Faithful Man" Live, from the yours truly sessions

Lee Fields enjoyed a few hits in the late 1970’s with the release of his album Let’s Talk it Over (Later re-released on truth and Soul Records) then went mostly unnoticed for the next 15 years. This is because (not despite) he is about the music, first and foremost. When Truth & Soul Records rose from Soul Fire Records ashes in 2004, the mission of label owners and producers Jeff Silverman and Leon Michels was to record modern versions of “sweet soul” records styled after bands such as The Delfonics and The Stylistics. The duo wanted to produce an album both tough and sweet; ballads laced with string arrangements and smooth layered vocal harmonies. Michels and Silverman recruited a group of New York studio musicians who had previously backed up The Dap Kings, Amy Winehouse and Bronx River Parkway.

Lee Fields & The Expressions have successfully created a unique sound, emulated by many emerging “neo-soul” artists and bands such as Charles Bradley, Mayer Hawthorne, Alice Russell, the Bamboos, the Monophonics and so forth. This new resurgence has been accredited to the always ambiguous “hipster crowd”, who are despised by painfully boring people and mainstream critics, yet embraced by true artists, independent establishments and the industries they support. This is because - annoying or not - they are fluent and knowledgeable (i.e. Hip) to the purity of artistic expression. Lee Fields is an example of how soul musicians are now transcending the sweet soul music of the 60's and 70's. Most of the younger generations experience with soul began with Amy Winehouse, but lead to the discovery of Otis Redding, Al Green and Marvin Gaye.